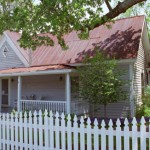 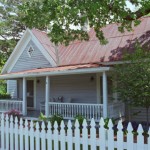 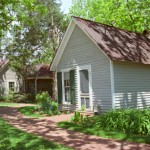 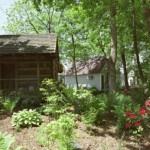 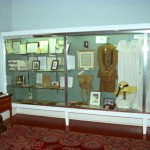 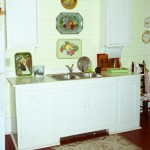 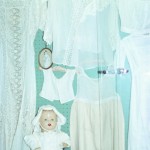 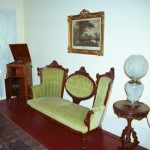 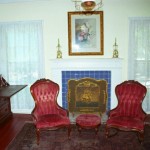 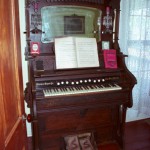 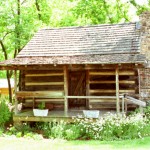 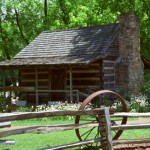 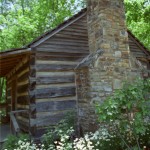 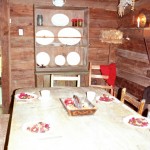 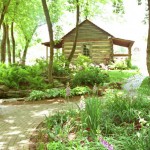 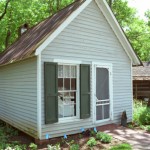 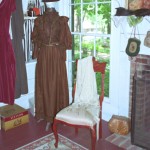 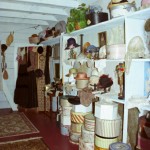 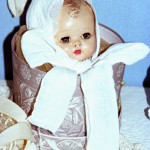 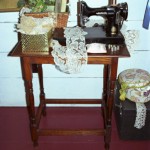 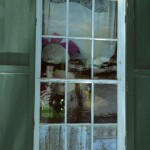 Coastal residents built second homes in the cool mountains to escape the heat of summer. Sound familiar?  About an hour south of Franklin, Clarkesville in the 1830’s began to be a popular place for people to come to avoid the malaria outbreaks of the swamps during the summers. One of the first Postmaster Generals, Joseph Habersham (for whom Habersham County is named) built a home here which still stands on Old Hwy 441. When the Tallulah Falls Railroad was built in the 1870’s, more tourists came into the area and the town began to grow.

The Visitor’s Center is a charming old Victorian cottage built by the Mauldin family around 1880. It also serves as a museum for county artifacts such as an early Girl Scout uniform, Civil War items, and dresses from years past. Be sure to take time to listen to your guide as she skillfully entertains you with wonderful stories of past residents and businesses of Clarkesville. A plain hat in a glass case becomes the launching point of the romantic tale of Annie Sinkbill and Clarence Mason.  A simple photo of a Studebaker hearse will lead you into the story of Cornelius Church who used the gas-powered trolley to bring travelers from the train to town. Occasionally he would also have to bring a body back to the family. Eventually he got stuck with so many unclaimed remains that he started a funeral home!

Ghost hunters may be interested in a tour of the old graveyard to see the face of a young bride that seems to appear on the tombstone of Calvin Hanks. He was murdered by four men who were later found innocent of the crime. Was it because of his Indian blood, or was one of his murderers the brother of his lady-love who was forced by her father to marry another man? No one on this side of the grave knows.

On the same property is a millinery shop, once operated by Maggie Mauldin. It is the last remaining example of the home/shop type of business from the last century in Clarkesville, and filled with fine examples of hats and gloves of that era. Anyone who makes them now can find good inspiration here. The log cabin that has recently been moved to the property was built by Heywood English in the 1820’s.  Additions were made to it over the years and it was lived in until 1980. When a developer bought the land and started to tear down the house, the log cabin was discovered inside and donated to the county.  Both of these buildings are surrounded by a beautiful garden.

Directions from Franklin:  Hwy 441 south past Tallulah Falls; right on 385/17 to Clarkesville