Pigeon Forge was a sudden burst of color and sound after coming through the quiet of the park.  The traffic jam for Rod Run weekend started about a mile from the Tennessee side of the Park and extended all the way to Sevierville. This was not a city jam with beeping and cussing, but a moving block party of show cars, “monster” trucks, motorcycles, and bicycles.  People passed kids from one vehicle to another, teenagers sold car parts from a truck bed, and Grannies sat in the rumble seat and waved at guys on Harleys.  Every range of music blared from 15” speakers mounted in trunks, on roofs, or hanging out the windows, but nothing sounded sweeter than a ’67 Super Sport with a perfectly tuned 427!  I left Franklin about 9am on Saturday to get there before the sun got too hot and the traffic became impassable.

Unlike a car show at a stadium, Rod Run was an assortment of street rods spread out in every parking lot along the “main drag” of town.  People of all ages hiked from one lot to the other, some pushing baby strollers, others carrying tiny dogs. One guy had a bicycle with what looked like a motor from a Weedeater hooked up to it.  Some less adventurous souls stayed in their vehicles and crawled through the traffic, taking pictures as they passed.  I enjoyed taking close-up shots of the shapes and colors of the cars, especially those with a lot of chrome.  These muscle cars were the height of American craftsmanship in the 50’s and 60’s and are as much a work of art as fine furniture and quilts.

This wide valley was first settled by white people who followed Indian trails across the mountains from North Carolinain the late 1700’s.  Isaac Love built an iron forge in 1820, and his son William built a tub mill that is still standing and is preserved as a National Historic Site.  The Pigeon River and the surrounding town were name for the flocks of pigeons by the water. The farming community grew into a town as the Great SmokyMountain Park began to attract tourists, and was incorporated in 1961. The town began to boom with the coming of Dollywood, and now has a huge assortment of motels, restaurants, and tourist attractions.  There are even wedding chapels! The town’s proximity to the Park makes it a great weekend getaway for all ages.

Directions from Franklin:  441 north through GSM Park to Pigeon Forge 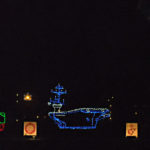 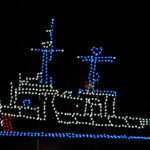 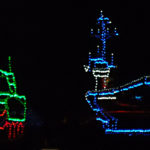 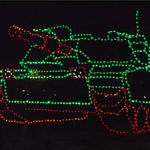 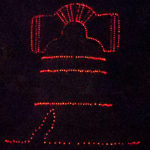