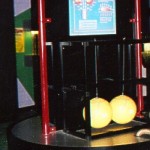 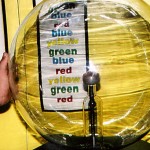 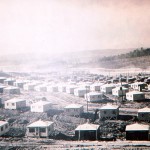 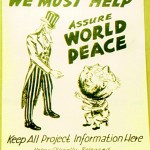 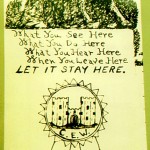 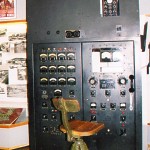 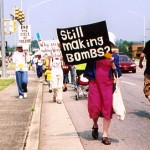 I wrote this article in August 2005 on the 60th anniversary of the bombing of Hiroshima:

Heritage tourism is bringing more Americans in touch with our past, which gives us a strong framework for our future. How well we understand the events that made us what we are today defines our actions tomorrow.

The Germans were the first to split the atom in 1939 and jumped ahead of the world in nuclear research. Einstein wrote to President Roosevelt in August of that year calling for “watchfulness and, if necessary, quick action on the part of the administration.” The arms race had begun.

The Manhattan Project was envisioned in 1042 with the goal of developing the atomic bomb within three years. Three sites were chosen to construct different parts of the bomb: site Y was the famous test area in Los Alamos, NM; site W for the production of plutonium in WA, and site X was Oak Ridge, TN, where uranium 235 was separated from uranium 238.

The mountain farmland was isolated enough for secrecy, far enough inland to make it safe from enemy attack, and Alcoa dams nearby would provide enough electricity – reaching a peak of 1/7 of the electricity used in the US. Residents were given a “declaration of taking” allowing them two to six weeks to evacuate. Some of the people who were evicted had just settled there after being forced to moved from their former homes when the Great Smoky Mountain National Park was created.

The Army Corps of Engineers created the entire city, dividing it into three initial neighborhoods complete with shopping and schools. The estimated original  population of 13,000 grew to 75,000 – the fifth largest in Tennessee at the time.  Different types of houses were built including “hutments” – 16’ by 16’ dwellings for four to six people. A central bath area served 24 to 36 hutments, which were segregated by race and sex. The K-25 plant, at one mile long and 44 acres under one roof, was the largest building in the world at that time.

Resentment raged between the higher educated and higher paid workers brought in for the project and the local workers. The war had brought shortages all across the country, but the residents of the compound had more than enough of everything, including excellent medical care. Among the discoveries made at Oak Ridge were flu vaccines, dental X-ray shielding, and artificial hip joints.

Patriotism ran high all across the country, and especially at Oak Ridge at the beginning of the project. After V-E Day in the spring of 1945, enthusiasm for the creation of the bomb dwindled, as it had originally been intended to be dropped on Nazi Germany. Hatred for the Japanese was still strong since Pearl Harbor, and an estimated one million might be lost if we invaded Japan. The atomic bomb was promoted as a means to shorten the war and ultimately save lives. The extent  of the actual damage possible by such a device was just too big to comprehend.  August 6, 1945 was a day of celebration at Oak Ridge. Japan surrendered 9 days later. The war was over.

Just before he died, Albert Einstein said that pushing for the development of the atom bomb was the worst mistake of his life. After the war it was discovered that the Germans were not as far into nuclear research as was first believed. Modern opinion is that Japan was close to surrendering before we bombed Hiroshima.  Please read Hiroshima by John Hersey   – it was required reading when I went to school.

Around 1900, a local prophet names John Hendrix predicted that there would be great buildings, factories, and thousands of people would come into the area who would be part of winning a great war. He was right.

The first thing you notice about Oak Ridge is that everything is relatively new. Start your tour at the visitor’s center and ask for the auto tour map. Next is the American Museum of Science and Energy. The story of the Secret City takes you through the war years of Oak Ridge. Upstairs are colorful and exciting interactive exhibits that kids love.  You’ll want to see the Friendship Bell which honors the 50th anniversary of Oak Ridge and expresses the hope for everlasting peace, friendship, and understanding. There is also a 90 minute narrated train ride. Some facilities were closed to the public after 9-11.